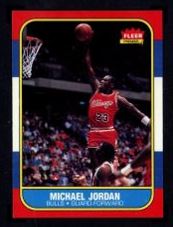 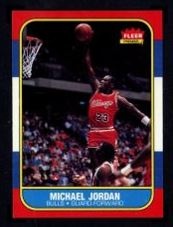 Drake is pretty familiar with going "Back to Back" and he proved it in his FIRST EVER card break! The music mogul sat down with our good friend, Ken Goldin, to open a box of 1986-87 Fleer basketball to hunt for a Michael Jordan rookie card. How did he do? He went back-to-back, of course! Watch the video of Drake's pulls, and then read how you can pull your own MJ rookie with us here at Vintage Breaks!

Drake has sold 170 million records, won 4 Grammy awards, and has more charted songs than any other artist. He's also a huge sports fan and often seen courtside at the biggest NBA games. However, until this weekend, Drizzy has NEVER done a card break. In fact, he's ever even opened up a pack of cards! Really, Drake?! He changed all that up in a big way by choosing an iconic product for his first break - 1986-87 Fleer basketball.

For a few years there were no basketball cards widely available to purchase. Topps stopped making cards for a bit after the 1981-82 season. A company called STAR distributed cards but in low print runs and rather than selling cards in the wax packs we love so much, STAR made team bags; just a clear bag and all the cards were from the same team. Where's the fun in that? Fleer came onto the scene in 1986-87 and brought back the wax packs with a price tag of around 40 cents and that delicious stick of gum (was it, though?) in the days when all you cared about was saving the Princess in Super Mario Bros.

The set is fairly small; only 132 total cards. For a size comparison, 1986 Topps baseball cards have 792 cards in the set. A full wax box of 1986-87 Fleer basketball contains 36 packs and each pack has 12 cards along with 1 sticker. With the large number of cards and small-sized set, each wax box should contain nice odds to pull not only a Michael Jordan rookie but other big cards such as rookie cards of Patrick Ewing, Karl Malone, Charles Barkley and tons of other stars and Hall of Famers.

Amazing to think that back in 1986, each pack was only about 40 cents and a full box was $10. While baseball cards were the rave, NBA was on the backburner. The 1986 NBA finals were actually on TAPE DELAY! Imagine not knowing the winner of the NBA Championship until hours afterwards. The card market and the NBA are a world of difference now and Drake wanted in on the fun!

Drake has had the itch to join our hobby and when word got out, our good friend, Ken Goldin, had the product of products to dip his toes into card breaks - Ken owned a sealed wax box of 1986-87 Fleer basketball that sat on his shelf for a while. Ken is the purchaser of The Midwest Storage Find as reported on by another friend of VB, Darren Rovell. Last year Ken sold a sealed box at auction for $180,000!

Did Drake pull a Michael Jordan rookie card? Not only did he pull the GOAT, he did so in back-to-back packs, naturally! First Ken pulled an MJ rookie and just before Drake opened a pack, the boys took a call from another big-time collector - Logan Paul.

Here is a video of the back-to-back MJs:

We are big fans of 1986-87 Fleer basketball here at Vintage Breaks. Our owner, Leighton, opened a box with Darren Rovell in a live break and hunted for MJ rookies, too! You can see that incredible box break here.

Leighton also sat down with another notorious card collector, Gary V, and opened a full pack of '86 Fleer live in his office that you can watch here.

1986 FLEER BREAKS - YOUR SHOT AT A MICHAEL JORDAN ROOKIE CARD

We can't let Drake have all the MJ rookie fun, right? We have breaks with spots available now for you with a chance at a Michael Jordan rookie card. 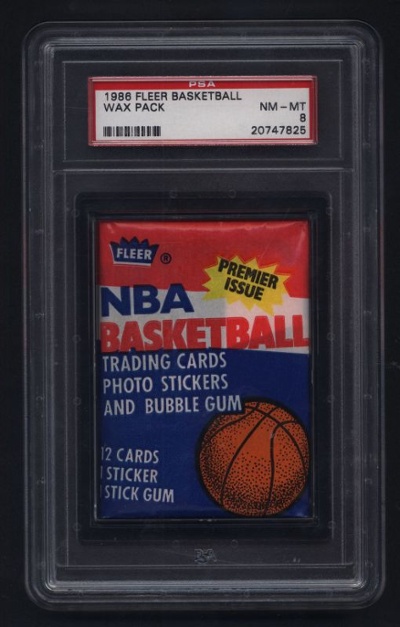 First up is a PSA-8 graded wax pack, just like Drake and Ken opened. We are only offering 13 spots in this break. With 12 cards and 1 sticker, each spot your purchase will guarantee you a card.

We HAVE pulled a pack-fresh Michael Jordan for you on Vintage Breaks before and we'd love pull a Drake and go back-to-back!

For all information and to purchase a spot for $600 just click here:

The way Drake is snatching up spots, you may want to get in on these card breaks now before he buys all the spots out!

If you're reading this article, Drake, welcome! Also, we're willing to trade you one box of sealed 1986-87 Fleer basketball packs for one of your four Grammys. What do you say? Just one Grammy...

When you check out for a spot on the site, the price you see is the price you pay. Taxes and shipping are included!  Your cards always come protected in holders.  The last time you mailed a package out had to have set you back more than three bucks, right?  If you buy a $3.00 spot, you get your card holdered and shipped for that price.

Lack of product in stores has been a problem; we see the same empty shelves that you do.  If you can't find cards, Vintage Breaks is your solution.

A Vintage Breaks, we have our main breaking show in New Jersey (The North), to go with our night owls in the South (Georgia), and the West (Arizona).  You can always check our CALENDAR to see when we're breaking.

If you have sealed wax, vintage or modern, that you are considering selling, contact us today to discuss or get our industry-leading purchase offer.  We're always interested in both sealed product of both sport and non-sport.  Whether you have that pack of 1977 Star Wars, that rare 1955 Bowman cello pack, a wax box of 1984 Topps football, Pokémon, or 2019 Panini National Treasures basketball you'd like to sell, we'd love to hear from you!

If you have any questions about a product, break, shipping, or even if you're interested in SELLING a collection, reach out any time! 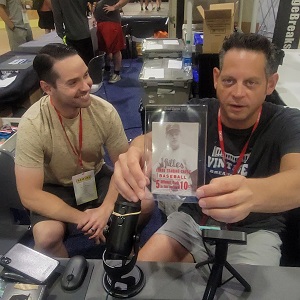 Vintage Breaks Featured on Sports Collectors Daily at The National 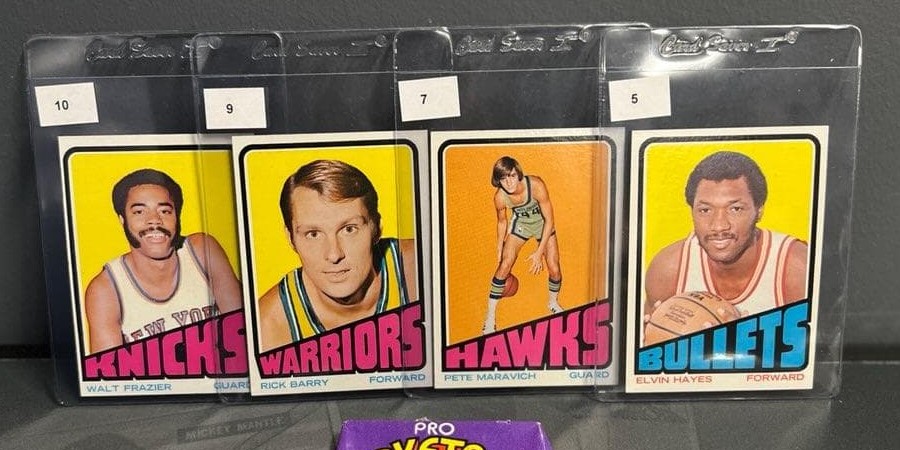 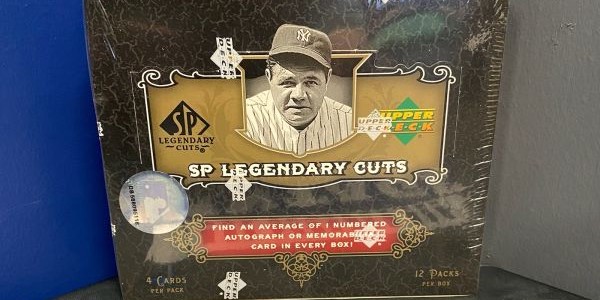 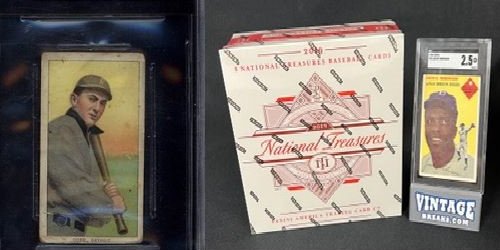